Anemone Reef is a colorful and varied dive site that will impress the sophisticated experienced divers. The site is shrouded in the myth of a legend about how 20 years ago the King Cruiser ferry ran into the reef, as a result of which the top of the rock was cut off by the ferry board and the reef almost completely disappeared from the surface. And the King Cruiser itself later became one of the most visited dive sites in Phuket.

A huge 30 m limestone rock rises from the seabed to the surface level. The top of the reef is covered with fields of green and blue anemones. Hence the name of the site. Swaying gently, they give off to the tidal current, creating the illusion of a revived rock. The symbiosis between anemones and clown fish gives divers the opportunity to see thousands of colorful fish, who happily pose in front of your camera.

Diving begins with a descent to the bottom of the reef, after which you ascend to its top studying butterfly fish, parrots, schools of chevron barracudas and excellent hunters Gian Trevali. In the crevices, you can see both large spotted groupers and small cleaner shrimps. If you are lucky and you are an attentive diver, seahorses are at your service.

Five different types of moray eels have been chosen by the Anemone reef waiting for you with half-open mouths. The leopard shark is a frequent visitor to the Anemone Reef. As a rule, this absolutely safe shark rests statically on the bottom, allows itself to be examined well and makes great photos. 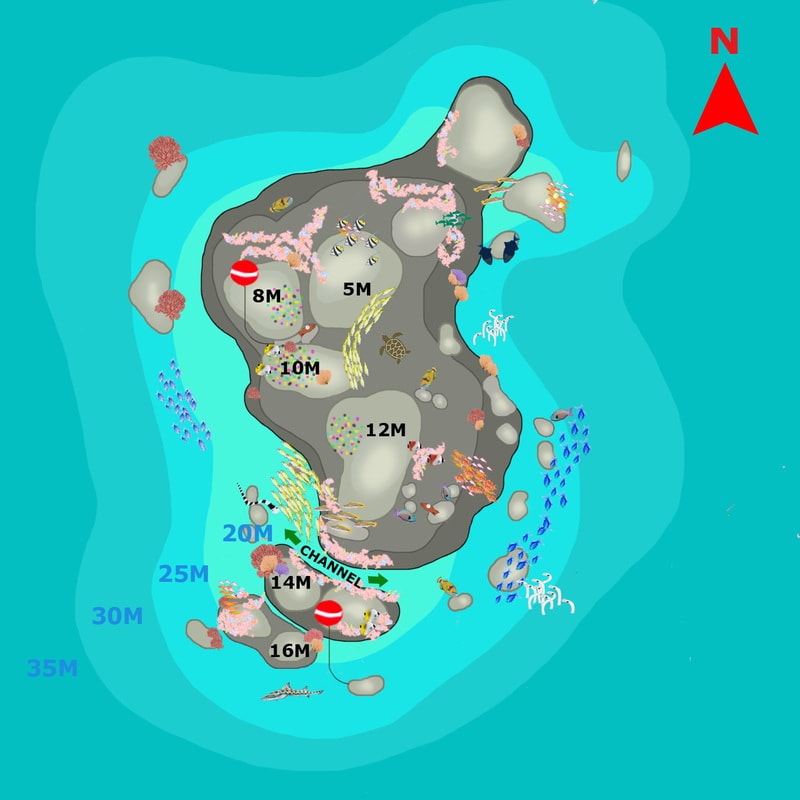 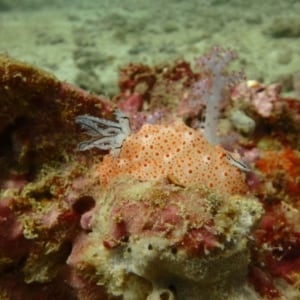 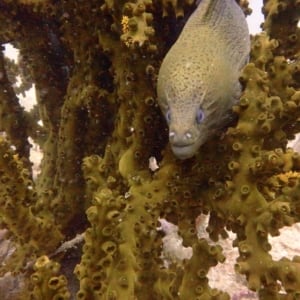 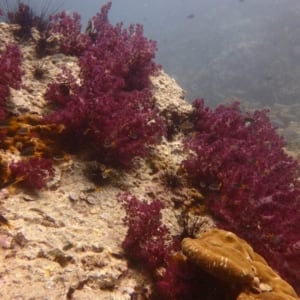 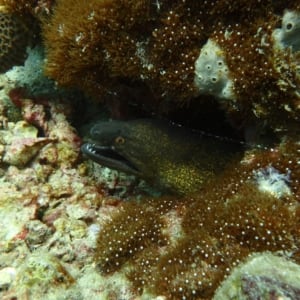 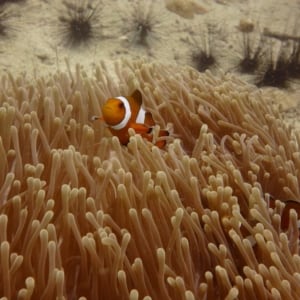 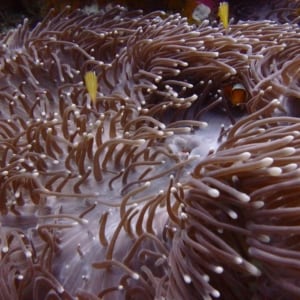 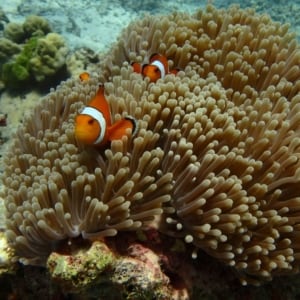 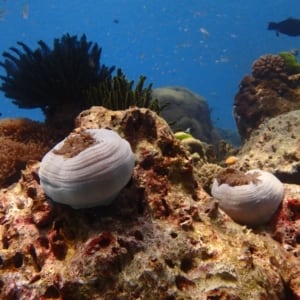