Shark Point was named after the leopard sharks that were previously seen in the area on every dive. This dive site, which consists of three limestone peaks, is adjacent to the King Cruiser dive site and the Anemone Reef site.

This site features the largest variety of fish and corals available at shallow depths with comfortable diving conditions. Each summit is 15-20 meters apart and has areas covered with mesmerizing purple and pink soft corals.

Pinnacle 1, as the main site, is identified by a small rock on the surface, with a lighthouse to warn of passing boats. The reef is quite large under water, its depth reaches 18-20 meters. The peaks are located from north to south. There are often currents here, but their directions allow you to comfortably drift between the peaks. The reefs are covered with a wide variety of soft and hard corals, among which a huge number of tropical fish are circling. Studying all this variety of time is usually enough to inspect only two peaks.

Unfortunately, sharks have not been found here lately. Sharks are not the only attraction on this site, however. Here you can find a seahorse among the yellow tubular corals, meet a family of cuttlefish, take a walk in the sea fan gardens. Scorpion fish, fish lions, moray eels are often found here. On the reef between the corals, you’ll find colorful nudibranchs, dancing shrimp and white-eyed moray eels. In the sandy areas between the peaks, slopes lurked. In the water column, in addition to large flocks of Sneppers and Fusiliers, you will see the Great Barracuda flock. You can also see a flock of squid and a turtle. The luckiest ones may come across a whale shark. 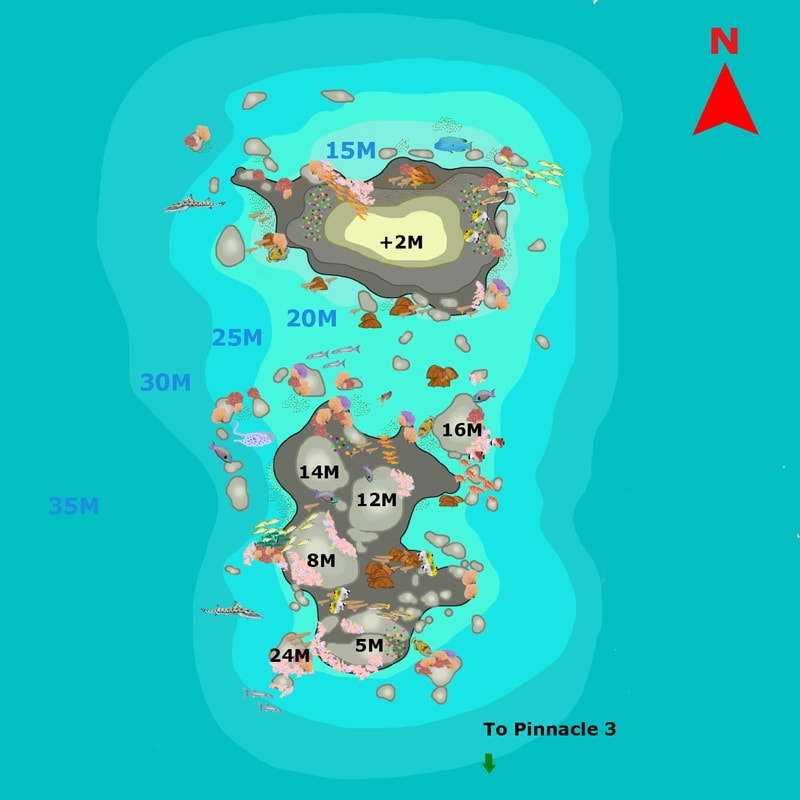 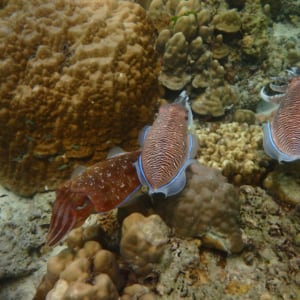 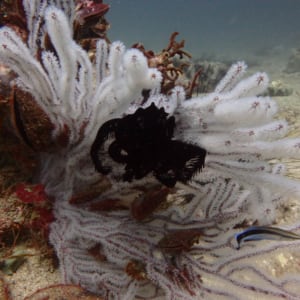 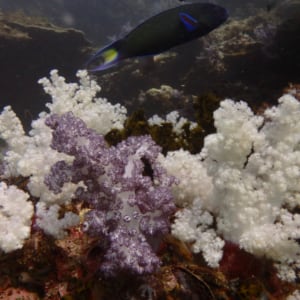 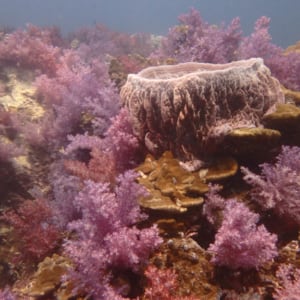 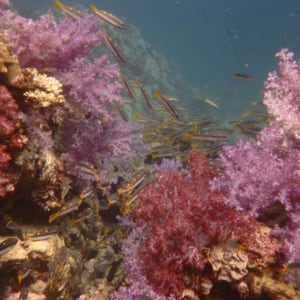 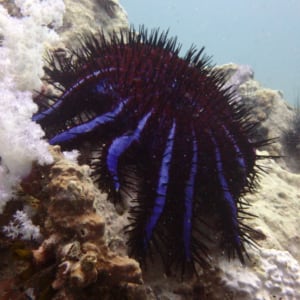 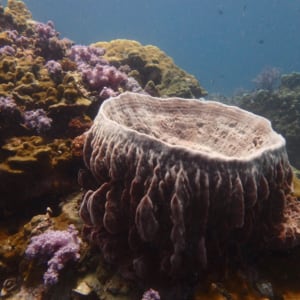 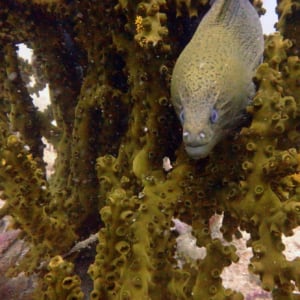 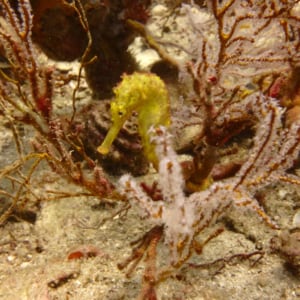 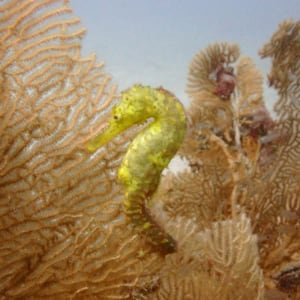